The Sinking of the Laconia character

Being the antic master of the Laconia Parodies

Fegelein
Not to be confused with Lt. Werner.

Captain Gustav Julius Werner Hartenstein(27 February 1908 - 8 March 1943) commanded the U-boat U-156 in the German Navy of the Third Reich during the Second World War. Hartenstein received many awards, including the Knight's Cross of the Iron Cross which was the highest award of Germany to recognize extreme battlefield bravery during World War II.

Hartenstein is known for his involvement in the "Laconia incident". Shortly summarized, the Laconia incident was an incident which happened late 1942 in which a German U-boat sank the British troopship Laconia carrying 463 officers and crew, 80 civilians, 286 British Army soldiers, 1,793 Italian prisoners of war, and 103 Polish soldiers off the coast of West Africa. After realizing that the passengers were primarily POWs (Prisoners Of War) and civilians, the U-boat started rescue operations while waving the Red Cross flag. A U.S. Army Air Corps bomber flying out of a secret South Atlantic airbase on Ascension Island attacked the U-boat. The U-boat aborted the rescue effort and left the survivors to drift to Africa. Over half the survivors died. This incident led to Admiral Dönitz issuing the Triton Null signal, which came to be known as the "Laconia Order"; the signal forbade submarine commanders from rescuing survivors from torpedoed ships.

Hartenstein is a character introduced in the Parody Universe by Unterganger DictatorAntics. He was aware of Thomas Kretschmann's role in The Sinking of the Laconia and initially downloaded the movie to exploit Kretschmann's role in it. After watching it, and seeing how the main character, Hartenstein, speaks with Dönitz (Thomas Kretschmann) and even receives the Knight's Cross of the Iron Cross from him he figured that he wanted to introduce him to the parody universe as a new antic master.

Hartenstein's first appearance in a parody was in DictatorAntics' series The Antic Menace. In the first episode he is seen with other naval commanders raising their glass for Fegelein. He is at the end of the parody seen again where he receives an award and is named Antic Master by Fegelein. Fegelein tells Hartenstein that as an Antic Master he can start a guild because all other masters have one on which Hartenstein replies that he wants to be the guild master of the Atlantic Ocean which Fegelein agrees to. As commented on that parody by Unterganger HitchcockJohn that means that Captain Willenbrock would get competition because crewmember of Willenbrock, Antic Master Werner, is the Navy Antic Guild Master. And although Hartenstein will indeed be a counterpart of Werner in upcoming parodies of DictatorAntics he is an ally of him in the series. Hartenstein is also seen in the second episode of the series where he gets killed by a kraken.

Hartenstein committed his first antic in a parody of DictatorAntics where he tries to put laxatives in Hitler's food and blame Fegelein for it, because he's afraid that Hitler would murder him when finding out that he's a new antic master. As a new master, Hartenstein's antic didn't go as planned, because Fegelein found out about it and after his apprentice Walter added fuel to the fire, Fegelein decided to warn Hitler. Hartenstein who also didn't know that Hitler was a vegetarian stuffed the laxative in a steak. That's why at dinner, Hitler switched from meal with Goebbels and therefore the antic is accidentally pulled on him who later craps his pants.

Hartenstein mainly made appearances in the popular series of DictatorAntics, Soalric and Benad361. In Soalric's series Der Disneygang, Hartenstein's crew finds Traudl's warning and in the fourth part of the series he is frequently mentioned. In Benad361's series Rosen Wars, he is seen in some parts, like the fifth where Tukhachevsky is discussing the ongoing war.

Relationship with other Parody Universe characters

Hartenstein is an antic master trained by Fegelein and also used to have a good relationship with him, but after his first antic that he blamed on Fegelein the relationship got less good. Hitler hated him right after being informed that he is an antic master, and started ranting about how he can't believe that there is another new antic master after him, in addition to the six or seven that already exist.

So far, his limited experience in the field means he has had little time to establish proper relationships with various characters. However, it is predicted that he may get along uneasily with Fegelein, well with Werner and the U-96 crew, well with Tukhachevsky (who may let him into The Tukhachevsky Antic Academy if he proves his worth), and so on.

In Episode 5 of Benad361's Rosen Wars: Revenge of the Plamz series, it is mentioned that Hartenstein has indeed become Tukhachevsky's apprentice, and will accompany him on his mission to kill Darth Vikings.

Comparisons with other Parody Universe Characters 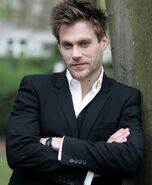 Hartenstein's actor, Ken Duken in The Sinking of the Laconia

Hartenstein being slightly less compassionate
Add a photo to this gallery
Retrieved from "https://hitlerparody.fandom.com/wiki/Werner_Hartenstein?oldid=56023"
Community content is available under CC-BY-SA unless otherwise noted.