Kretschmann was born in Dessau, former German Democratic Republic. Before he became an actor, Kretschmann trained to become an Olympic swimmer. At the age of 19, he left East Germany and began a month-long trek to West Germany to escape the East German state. During this trek he lost part of a finger, but it was surgically reattached. Kretschmann crossed four borders with nothing other than his passport and the equivalent of $100 in his possession.

At the age of 25, he began acting, starring in numerous European films and television series. In 1991, Kretschmann was awarded the Max Ophüls Prize for best young actor for his role in Der Mitwisser. He went on to star in his first full length feature, the 1993 film Stalingrad. He achieved international recognition for his role as a rapist/murderer in Dario Argento's The Stendhal Syndrome.

His best known roles are Hermann Fegelein in Der Untergang, Karl Dönitz in The Sinking of the Laconia, Captain Englehorn in the 2005 remake of King Kong, and Professor Zündapp in Cars 2.

He is well known for playing many German characters: Lieutenant Hans Von Witzland in the 1993 film Stalingrad, Hauptmann Wilm Hosenfeld in The Pianist, Otto Ernst Remer in the 2009 film Valkyrie, Adolf Eichmann in the 2007 movie Eichmann, Gunther Wassner in U-571, and Baron Wolfgang von Strucker in Avengers: Age of Ultron in 2015.

Interrogation scene, behind the scenes.

As Admiral Dönitz in The Sinking of Laconia.

As Wilm Hosenfeld in The Pianist.

As Alfredo in The Stendhal Syndrome.

As Captain Englehorn in Kong

As Otto Ernst Remer in Valkyrie 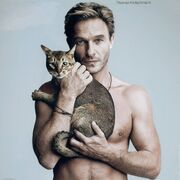 Pulling an antic over Raccoon City.

We already know his best target.

Lock on target and I'm not crazy.

As Baron Wolfgang von Strucker in Avengers: Age of Ultron.

As Kolzak in Transsiberian.
Add a photo to this gallery 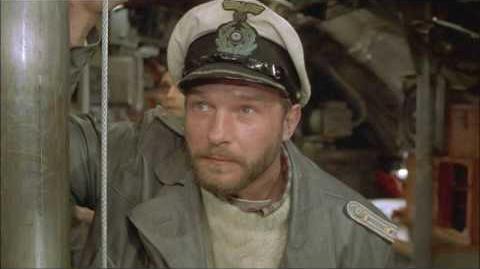 THOMAS KRETSCHMANN...A NAZI OFFICER!!!
A slideshow of some of his roles.
Add a photo to this gallery

Retrieved from "https://hitlerparody.fandom.com/wiki/Thomas_Kretschmann?oldid=80988"
Community content is available under CC-BY-SA unless otherwise noted.