“Censoring a Downfall parody is like stealing a guy's manhood.”
―The1Bunker1Team's reaction about a censored parody.
“Guten Tag, guys.”
―The1Bunker1Team's greeting in the Untergangers Chat.
“[...]I'll retire in the coming days, because I don't have the time for making parodies anymore. Also there are alot of personal issues and my privat life. I wish you guys a nice time and stay "Wenck!". In the coming days I'll close my account btw.[...]”
―The1Bunker1Team's last post
The1Bunker1Team (or short: Bunker) was a German Unterganger. The most of his videos are Downfall Parodies. His styles were Traditional and Modified Traditional. He had a personal style, which he called "Billig" (German for "cheap" or "simple"). It was about making videos as good as possible, as cheap as possible.

The1Bunker1Team once had another YouTube account but he deleted it. In 30 May 2012 he "joined" the YouTube community . He decided to make videos just for fun and not to become famous. The1Bunker1Team's first parody series was "Hitler's Lovestory", but he canceled it. The1Bunker1Team invented his own parody style, which he calls "Billig" (German for "cheap" or "simple").

The1Bunker1Team originally made German YouTube Poops with his other account in the year 2008. After 3 Years he decided to have a change, because his account was most of the time inactive or just for watching and commenting videos. After a while, in 2011, he discovered the "Unterganging". He watched a lot of Downfall parodies and the first one he ever saw was "Es ist Obst im Bunker" (a German Downfall parody). After a while, he closed his account and made a new one to make his own Downfall parodies. His first parody he ever made was "Hitler's new bike". When he watched some more parodies he discovered the Downfall parody community and joined it.

Bunker's styles were Traditional, Modified Traditional and his own Style "Billig". Most of his videos had actually the inofficial Billig style.

When The1Bunker1Team watched some home shopping TV, he got the idea for making Hitler selling stuff, too.

The end of the "Billig"

In October 2012 The1Bunker1Team changed from Windows Live Movie Maker to Sony Vegas. That means, his Videos were more professional.

The end of the Bunker Team

"He was just a child - a very intelligent and creative child but just a child. Children can get more...ehrm...emotional.

"He wanted to marry me once which was sweet of him but back then I was already engaged to Wilhelm (waiting for the Führer's authorization to get married). I promised to adopt him but﻿ obviously he said NO. Having a Papa like my Wilhelm can be a nightmare. It has military academy written all over it. I guess The1Bunker1Team didn't want to learn how to eat with a knife and a fork.." 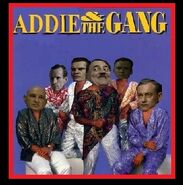 First avatar.
Add a photo to this gallery

Retrieved from "https://hitlerparody.fandom.com/wiki/The1Bunker1Team?oldid=57327"
Community content is available under CC-BY-SA unless otherwise noted.