Parody of the Month
March 2012

Sparx476 (also formerly MrOttoGunsche and currently MrSparx476) was a French Unterganger, known for his "Hitler tracks down Fegelein in" series, as well as many other FX-based parodies. Many ideas that he used in his parodies were extremely unique.

He retired in November 2011 only to later come back, after a series of YouTube glitches caused many parodies to be blocked. He later retired again in the first quarter of 2012, but also returned too.

Sparx476 has gained some controversy in the community with his support of PiretBCN 's controversial propaganda videos. He has lost respect of several Untergangers with arguments over political correctness and his attitude towards persons who disagree with his personal opinions.

He later closed his account on "personal grounds" on October 22, 2012, which was suspected by multiple individuals to be the said Unterganger overreacting to the recent controversy around him and PiretBCN or not being able to handle the said arguments. Knowing Sparx and his stubbornness keeping his own promise, he opened up yet another channel (see below).

In his last months, Sparx became increasingly obsessed with opposing political correctness, highlighting the negative aspects of communism, and so on. Many attributed this to indoctrination by PiretBCN's propaganda, and criticism of Sparx began to increase.

Around late-September 2012, tensions between members of the unterganger community began to rise, due to the majority who had become increasingly disillusioned at the favouritism exercised by notoriousrob in the Downfall Parody Awards. On one video by Trapped Antics satirising and poking fun at the events, Sparx claimed that the Untergangers were caught up in the "political correctness straitjacket", and other such dismissive statements.

Benad361 responded with a comment criticising Sparx for assuming that disliking an Unterganger for "taking a﻿ frivolous, innovative and entertaining meme, using it for propaganda purposes, and spewing hatred shamelessly all over the web" automatically made the community shills for political correctness. After posting a rant to Benad361's channel, Sparx blocked Benad361, among others.

He later told PiretBCN that one "underage democrat" was calling her the "cancer of the community" and that he would always support her. People increasingly criticised him for his unwavering support of Piret, as Robert Tolhurst and notoriousrob01 had already been doing. A few moments before he closed his account, he made a following comment on a video of PiretBCN's:

"Or perhaps are you facing the know-it-all, pre-pubescent, pseudo-intellectual, sheeplike guardians of the Untergang dogma. The ones who are so smug and so sure about their views on the meme and life as a whole and the way people should make parodies. You know the ones I mean..." - Sparx476

"To all of you guys who enjoyed my past works, please, tell me which of my former videos you would like to see again and I will be pleased to reupload them."

He has since started creating new parodies, such as Hitler almost gets killed by a train .

Sometime in mid August 2013 he closed this channel as well. 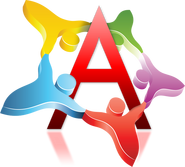 Sparx476's last channel avatar.
Add a photo to this gallery

Retrieved from "https://hitlerparody.fandom.com/wiki/Sparx476?oldid=60270"
Community content is available under CC-BY-SA unless otherwise noted.