Controversy in the community

His conduct and poor command of English.

Slainender was an Unterganger from Hong Kong. He has been known to be somewhat show a fetish-like interest with televisions and My Little Pony, also known as being a 'brony'. Viewers across the web have frequently made videos addressing him in which they express their disgust with his conduct, poor command of English, and generally tiresome nature.

Slainender has been the source of some heated controversy among the Downfall parody community. He is notorious throughout several communities for his nonsensical grammar, poor command of English, and general illiteracy. He was once disowned by the Text-to-Speech community, for several reasons, as stated in this video. Despite people's efforts to give him advice and constructive criticism, he disregards them and treats them as insults. He's also known to tell people not to use profanity while clearly using it himself, resulting in many users labelling him as a 'hypocrite'.

He was a frequent visitor of the Untergangers Chat and was often criticised within the chat for the said poor grammar and command of English, as well as derailing the chat and repeating the phrase 'do you know Rocky Television' while others seem to be displaying minimal interest. He was recently banned in the said chat for being a 'braincell slayer'. He has been known to repeat his undesirable actions upon every visit online, although it is not known whether this is deliberate (he may be a very shrewd troll) such as mistaking a Facepalm ASCII for a middle finger. Untergangers such as Benad361, Mfaizsyahmi, Thunderbirds360TV and especially Trapped Antics all expressed their support for others on the internet in their fight against this semi-literate imbecile in September 2012.

Slainender was seemingly infuriated by Trapped Antics (whom he mistakenly named as 'johnnothemaster') as having "betrayed" him, and created a parody in which he expressed his opinions (with typically high levels of poor spelling and grammar). In the parody, he even went so far as to depict Trapped Antics being 'eliminated' (Fegelein represented Trapped Antics, and Fegelein's execution scene was used). The said parody was later removed and shortly after, Slainender told Trapped Antics to "shut up and take my white flag", ceasing to troll him.

Slainender has deleted all of his Downfall parodies from his channel and has no Downfall parody-related activity as of now. Therefore he can be considered retired.

He has also become a beta-tester on Deviantart. 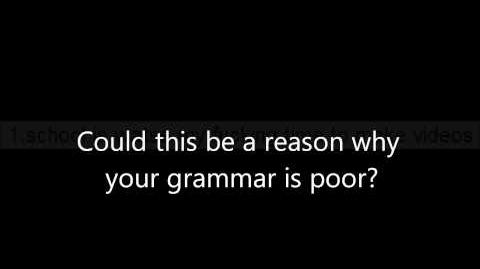 Retrieved from "https://hitlerparody.fandom.com/wiki/Slainender?oldid=70524"
Community content is available under CC-BY-SA unless otherwise noted.