Samantha Parkington (b. May 26, 1895) is the main protagonist of American Girl's Samantha sub-series, and was one of the first three Historical Characters of the American Girl Dolls, along with Kirsten Larson and Molly McIntire.

Samantha, also occasionally known as Sam, is an orphan who, at the start of the series, is living with her rather conservative-minded grandmother. She only had vague memories of her late mother and father, who were killed in a boating accident back when she was little. She has been partially raised by her Uncle Gardner and he is very much a father figure in her life; she wants to please him as well and does not want to be left out of his life even after his marriage.

Sam has a knack for new-fangled things and ideas, though it's hard for her to adjust to changes within her family. She was also quite naive due to her sheltered life, in stark contrast to that of her best friend Nellie O'Malley, who worked as a servant along with her Irish immigrant parents and sisters.

The film, as well as the books they were based on, depicted an antic war between Sam and Eddie Ryland, a next-door neighbour bent at teasing and committing antics at anyone that got in his way. Eddie first teased Samantha with a math question, leading to the latter falling from the tree she climbed on as she nudged herself from her position, and committed a rather harsh prank at Nellie, Samantha's servant friend. The two best friends later plotted an epic antic against the bullying boy, by donating all of the money Eddie collected from bribery, to the local church.

Sam first appeared in Hitler is informed that it's Samantha Parkington's birthday, wherein she teases Hitler for messing with his mother's petticoat. She later announced her entry into the parodies business[3], criticising other dictators and telling people about her plans to make parodies.

She was also known to be strongly opposed to the Stop Online Piracy Act[4], a draconian bill which is said to be prone to abuse and can undermine the very framework of the Internet, bitterly condemning Lamar Smith and vowing a trolling spree against him and his cohorts. In her Progress in America speech, she admitted that despite her hatred for Justin Bieber, she still cited the singer and stated that she can be arrested for merely singing "Baby" on YouTube, and even went meta when she said that the video she's on can be removed due to her being "a copyrighted character".

In 2016 Parkington made another speech informing people that a new voice actress[5] has been hired for her, also mentioning her hopes about the Parkington parodies theme gaining traction after a three year hiatus.

Sam showing off her ranting skills. 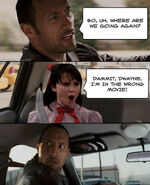 Sam doing her own version of Dolfy's Triumph of the Will.

During her badass days.
Add a photo to this gallery

This article is a stub, seriously. Go and press the "Edit" button so you can help expanding it. If you don't do it you will become a victim of a Fegel-antic!
Retrieved from "https://hitlerparody.fandom.com/wiki/Samantha_Parkington?oldid=60911"
Community content is available under CC-BY-SA unless otherwise noted.