Unterganger of the Month
December 2015

Paul Stompbox (formerly known as Paul in Plaid) is a Canadian fourth-generation Unterganger who started making parodies since 1 September 2015. He is known for using the Mohnke talks to Goebbels scene to make announcements instead of the Günsche informs Hitler scene, and he's known for his 2D FX parodies. He is also known for starting the trend about making parodies that imitate other Untergangers, courtesy of "Hitler is informed he is in a CanaDolfy98 parody"

Quick entry into the Downfall community

Paul Stompbox made an easy and quickly populating entrance into Unterganging when he uploaded his very first parody for Charizard's DPMV Contest, entitled Adolf Hitler – Fegelein (Parody of Maroon 5 – Animals) on 1 September 2015, where his entry was 5th out of 35 entries. He then was invited by Delphox (then known as Charizard) to join the Hitler Rants Parodies Chat Room.

On 23 October 2015, less than 4 hours after Stompbox uploaded Hitler Works at Krusty Krebs, Charizard promoted Stompbox in his 10th episode of Unterganger Spotlight.

Stompbox then saw an increase of subscribers of his channel, with 16 new subscribers the day after the video was uploaded. By 11 November 2015, Stompbox then had 200 subscribers, however, over 100 of them were not Unterganger subs, but subs for his older content like his Youtube Poops and "The Paul in Plaid Talk Show" which he deleted.

Paul Stompbox won the Best New/Unknown Unterganger Award in November 2015. In December 2015, he won the Unterganger of the Month award.

On 19 February 2016, Stompbox announced that he’ll be taking a "non-retiring break" from parodymaking due to the fact that he has grown a larger interest on voice acting and being a music composer, and also because he has a hard time choosing which one of his big Downfall parody plans to make first.

His dormancy ended on July 22, 2016, with his Hitler Is Trapped in the World of "Sally and Chica" parody.

Stompbox is known for having his non-musical downfall parodies start with [DP] at the beginning of each video, ending with end credits, as well as an original closing logo reading, "Stompbox Productions." He is also known for exploiting mondegreens in his parodies. He mostly uses Sony Vegas Pro 12 for his parodies, and uses FX when necessary. He is also known for making some DPMVs, which includes his debut parody. 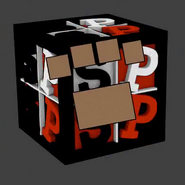 Debut profile picture used between 31 August 2015 and December 2016.
Add a photo to this gallery

Retrieved from "https://hitlerparody.fandom.com/wiki/Paul_Stompbox?oldid=70118"
Community content is available under CC-BY-SA unless otherwise noted.