For other styles of parodies by Untergangers, see Unterganger Styles.

Musical Hitler parodies (commonly known as DPMV for Downfall Parodies Music Video) are, as implied, parodies which are musical in nature. The parodies can be further be subdivided into four styles - straight spoof subtitling, music video spoofs, singing parodies and audio-spliced, autotuned parodies. Each of these has their own niche in Internet culture and have separate, notable Untergangers making them.

Musical Hitler parodies are apparently also popular in East Asia (especially in China) through websites such as BiliBili  and Nico Nico Douga, respectively. They belong to such labels as 元首RAP (Führer's RAP) in bilibili.us and [MAD] in NND. These Eastern parodies tend to employ more advanced techniques, and contains less of actual singing, probably due to linguistic and cultural differences. In contrast, Western-oriented parodies as made by a few established Untergangers tend to be more conservative.

There are four identifiable types of musical parodies, listed below according to difficulty in producing it (technically speaking):

This is technically the easiest type of musical parody to be made, involving the same process as normal Downfall parodies. The main source of spoof in these parodies is in the subtitles put over the original music video. To pass as a parody universe-canon parody, it must feature actors that portrayed Downfall. This also makes this type of musical parody an actor parody.

This type of parodies, while easy to produce, warrant some effort in making the spoofed lyrics fit the original song, with some Untergangers cleverly incorporating a few mondegreens in the original song. This also hold true for the "dialogue as lyrics" type detailed further below.

The most common (perhaps the only instance) of these is the Singing Burgdorf, in which Burgdorf's actor Justus von Dohnányi acts and sings in Mannerherzen. The most well-known unterganger making this type of musical parodies is evilrobottolhurst.

In this type of musical parody, only the music video is altered, making it appear that the characters are singing the song itself. The original vocals of the song are left untouched, and lip-syncing is the only remarkable detail that requires attention in making them. Even so, one can produce parodies that do not depict the characters singing, such as this one. Parodies of anime openings and endings (called Anime Music Videos or AMV) also fall in this category.

This type of parodies doesn't usually come with spoofed subtitles.

The most well-known Unterganger making this type of musical parodies is gagislobista who has made over 10 parodies. mfaizsyahmi also produces several anime OP/ED AMVs using scenes from Downfall.

It is worth to note that this type of parodies is the most susceptible to takedowns by the distributors of the original songs. For example, both Untergangers mentioned above have received strikes from song publishers, despite their usage being Fair Use.

This type of musical parodies involves mixing and mashing various dialogues of the characters to produce what appears to be lines of the spoofed song in question, with or without spoofed subtitles. While the vocals do not come near the correct melody of the song, this type of parody is more natural and human-like, because actual dialogues from the film are used, rather than having them butchered into syllables or mere sound. Some of the Singing Burgdorf parodies also fall into this type.

As with the "straight spoof subtitling" type, some effort is required in making the spoofed lyrics fit the original song. However, there is greater freedom in mixing and matching the dialogues as required, and mondegreens can be added freely.

The most well-known Untergangers making this type of musical parodies are mfaizsyahmi and Deficere2, though the latter also employ auto-tuning to some degree.

Most of the 元首RAP (Führer's RAP) parodies belong in this category.

This involves manipulation of Hitler's voice using an autotuner to create a melody and harmony rather than employing subtitles and actual singing. This type of parody draws influence from the famed YouTube Poop (YTP) and MAD cultures.

Because no real singing takes place there is usually no spoofed lyrics in this type of parodies.

Most of the [MAD] parodies belong in this category.

In recent years, there has been a rise in parodies which employ a combination of autotuning as well as using the dialogue as lyrics. Beginning with Deficere2's parodies, these would become more common during the period of the Hitler Tunes DPMV Contest.

Also heavily influenced by YouTube Poop culture, this type of DPMV is subjectively the hardest to pull off, consisting of actually splicing the dialogue syllables to resemble the real lyrics. This is difficult, because under normal circumstances, the lyrics will be in English, versus the film being in German, therefore requiring sentence mixing using German syllables. Pitch-shifting is usually also employed in this style of DPMV, making this style the only one to make the Nazis seem to actually be singing the songs they are parodying.

Subtitles of the actual lyrics will usually be used since the sentence mixing will usually not be fully understood without them.

So far, the only Unterganger known to utilize this style is WonkyTonkBotty, though this is more common in the 元首RAP parodies, sometimes with auto-tuning as well.

Within the Parody Universe, only Hitler and Burgdorf is usually known to sing. In the latter's case, he was associated with singing due to a scene in Downfall in which he is shown singing under the influence. This was reinforced by the fact that his actor Justus von Dohnányi feature in the Mannerherzen films as a singing character Bruce Berger, which became known as a major source for his Singing Burgdorf sub-meme.

The subject matter of the parodies differs by character. In Hitler's case, many parodies revolve around his hate for Fegelein and his generals. In Burgdorf's case, it mainly revolves around his alcoholism.

In most parodies, the song is produced by a Reich Records. Its parent company is most likely either Hitler's ReichCorp or Fegelein's FegelCorp, Inc., but it is never firmly established.

Given the fact that the music industry is a giant opponent against the remix culture, musical parodies are susceptible to blocks, removals and takedowns, more than the content from Downfall itself. The most vulnerable are parodies which include unaltered or slightly-altered samples of songs. This can come from the first two musical parody styles (namely fake subtitles of songs from movies and music video spoofs).

The once-neutral Rammstein band, for example, had initiated a wave of takedowns around late 2012, upsetting the many Rammstein fans among Untergangers. The Japan Recording Association had also issued multiple strikes on mfaizsyahmi's AMVs, which he speculated are due to the association with Hitler, rather than the fact that the content is remixed as per MAD culture.

More advanced musical parody techniques, namely spoof singing and autotune, escape such fate largely unharmed. However, Deficere2's account termination seriously challenged this belief, although other factors, such as counter-strikes and community flaggings, might have been the true cause. 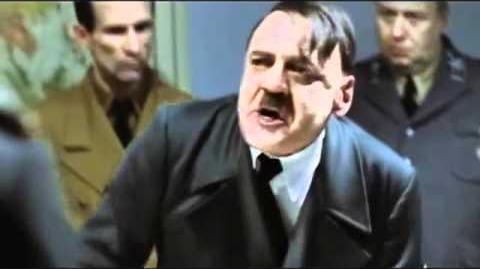 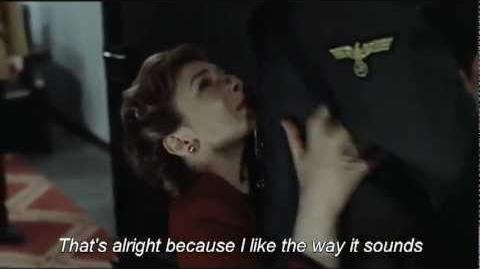 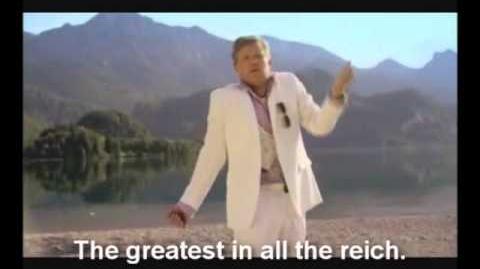 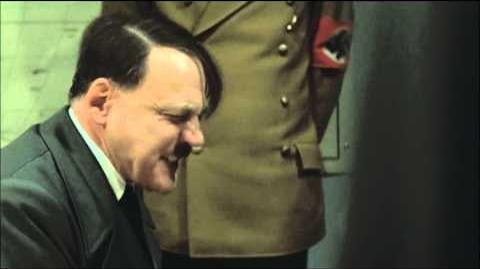 元首Rap：江南Style Gangnam Style from Hitler-0
This parody of Gangnam Style quickly surpass Hitler gets banned from Xbox Live to become the most watched Downfall parody ever. 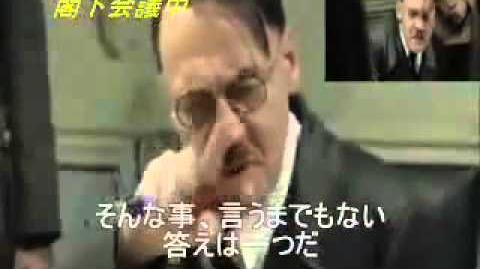 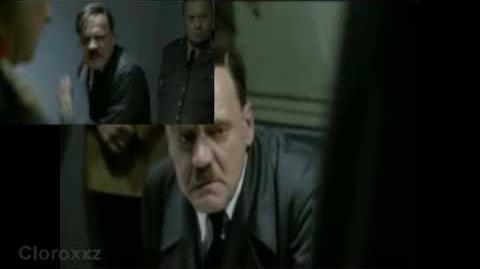 Hitler Love Castlevania
Another example of an autotuned parody 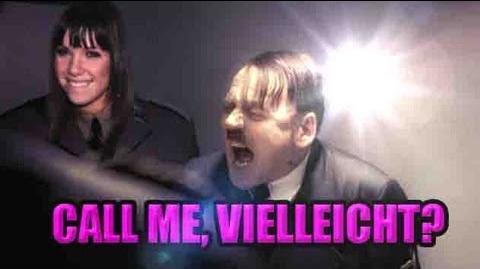 Adolf Hitler - Call Me, Vielleicht? (Call Me Maybe Remix Parody)
A healthy mix of spoof singing and autotuning[REMOVED]
Add a photo to this gallery
Retrieved from "https://hitlerparody.fandom.com/wiki/Musical_parodies?oldid=81509"
Community content is available under CC-BY-SA unless otherwise noted.