Unterganger of the Month
September 2015

“Where anything can happen... if you try hard enough.”
―YouTube channel slogan

Mitchell Hang (also known as Gilblitz112) is a Vietnamese-American fourth generation Unterganger who started regularly uploading parodies to YouTube in August 2015. Other than Hitler parodies, he also uploads videos of closing logos, mashups, and other things (hence the slogan of his channel).

Gilblitz112 discovered Downfall parodies on YouTube when he was young (in which he also discovered Hetalia on YouTube when watching an AMV of Bad Lip Reading's "Russian Unicorn"). In March 2013, he made his first three parodies (they were never uploaded until 3 years later, so that technically doesn't make him a 2nd-gen Unterganger).

On August 17, 2015, Gilblitz112 uploaded his first Downfall parody on YouTube, Hitler is asked "What are those?", and uploaded other short and simple parodies afterward, as well as other videos. One month later, he uploaded Traudl and the Typewriter, which earned him two Unterganger Awards and the title of Unterganger of the Month, helping him receive fame in the Downfall parody community.

On October 3, 2015, he uploaded Hitler Watches Axis Powers Hetalia: ep. 23.5, as his entry for JennieParker87's "Spooky Hitler" contest, which caught the eyes of many Hetalians including KyoKyo866 (the original creator of the creepypasta), and resulted in even more fame. It is now his most popular Downfall parody yet, with it currently having over 10,000 views.

Following the release of his April Fool’s Day parody Hitler’s April Fool’s Day Adventure, he had expressed the possibility of retiring from Downfall parodymaking, due to personal reasons. However, 3 months later, he returned to parodymaking with his parody, Fegelein takes a flight to Egypt, which was a preview of what would become the fourth episode of Hitler Sends Göring to Africa Season 2. On 24 July 2016, he uploaded his entry to the Hitler Tunes DPMV Contest, "Tongues" (in which he won 2nd place).

He is also a creator/former host of the UnterCast podcast.

As of 2018, he is stated to be retired via a PM to Delphox on Discord and has since left the community and deleted most of his parodies.

Mitchell Hang's third avatar (based on the Half-Life 3 logo). 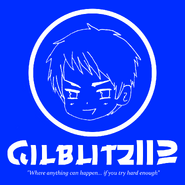 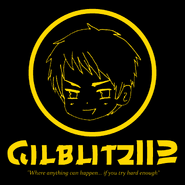 Mitchell Hang's Christmas/holiday avatar.
Add a photo to this gallery

Retrieved from "https://hitlerparody.fandom.com/wiki/Mitchell_Hang?oldid=84558"
Community content is available under CC-BY-SA unless otherwise noted.