Due to the nature of the meme that encompasses every single topic imaginable, there's no doubt that real vehicles are also featured in the parodies, either as the main subject or as cameo appearances. Most of them are from the World War 2 era, given Downfall's setting and theme. 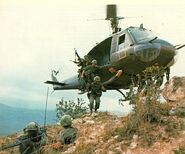 A Boeing AH-64 Apache in Kosovo. 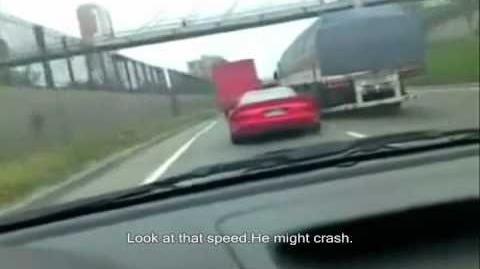 A Humvee in Iraq.

Jagdpanther, as seen in Band of Brothers.

Junkers Ju 87 Stuka, as seen in Wings of Prey.

M48 Patton, as seen in Patton. 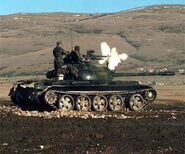 Tiger II, the worst (and the best) WWII tank ever.

A UAZ-469 carrying Soviet soldiers, possibly to destroy the bunker.

Volkswagen Kübelwagen, as seen in Gran Turismo 5 and 6.

Dragon return capsule splashing down
Add a photo to this gallery
Retrieved from "https://hitlerparody.fandom.com/wiki/List_of_real_life_vehicles_in_the_parodies?oldid=84172"
Community content is available under CC-BY-SA unless otherwise noted.