Unterganger of the Month
Sept 2011

John Hitchcock, or HitchcockJohn is a Canadian Unterganger known for his bizarre cross-overs as well as creating the U-Boat Parodies.

In the summer of 2010, HitchcockJohn, out of boredom, created a short music video based on Kathryn Bigelow's The Hurt Locker set to the Kate Bush song Army Dreamers. He soon set up an account on YouTube and posted the video, and it wasn't long before he began creating more music video based on other films set to Kate Bush songs, later on expanding to cover specific genres and other concepts, such as his popular "Evolution of Film Montage", and occasionally other types of videos, such as an attempt at a re-cut trailer for Apocalypse Now.

Eventually, HitchcockJohn developed a strong interest in the Downfall parodies, going as far as to subscribe to Hitler Rants Parodies. One day, after seeing one of HRP's centered around Hitler ranting about Rebecca Black's song "Friday", he got an idea for a video response. He created a short video using an unsubtitled clip from the movie Das Boot, and centered it around the Captain learning why Hitler did not like Rebecca Black's song. This video became his first U-Boat parody. Over the next few weeks, as Hitler Rants Parodies posted new videos, HitchcockJohn would frequently make video responses involving the U-Boat crew remarking on the subject matter of one of his videos. To his surprise, these videos were very well received by viewers, leading him to make more.

He further got his chance to improve the U-Boat parodies when HRP began posting a series of "Hitler V.S. The Justin Bieber Fans" videos, to which he responded with short videos to the U-Boat crew fighting against the UBFA. The second of these videos also marked his first actual Downfall parody, which focused on Himmler creating a plan to defeat the UBFA.

HitchcockJohn's first independent Downfall parody was "Hitler Reviews the Desert Fox" a short parody he created after watching the 1951 film of the same name. He made a few more videos after that point before releasing his first commercially successful parody "Goebbels Bans Kate Bush From the Bunker". Since then he has managed to gain numerous subscribers both from the Unterganger community and the large number of hardcore Kate Bush fans on YouTube. The majority of his videos have been very well-received, with the possible exceptions of "Hitler Creates a Winston Churchill Parody" (which received a lot of constructive criticism) and "Hitler Reviews the Shawshank Redemption" (mainly because some of its viewers accidentally mistook it for a serious review).

HitchcockJohn is a huge fan of Kate Bush, and this fact is something he's referenced in his parodies. Often times he has used her work as an example of "good music" to use as a contrast to the less popular artist Justin Bieber and Rebecca Black, the most extreme case being in his parody Hitler Defeats the Justin Bieber Fans? which had Lt. Colonel Bill Kilgore massacring the United Bieber Fever Alliance headquarters while playing "Running Up That Hill". A less extreme case was in Goebbels Bans Kate Bush From the Bunker, in which Joseph Goebbels decided to ban Kate Bush's music in favor of "talented artists" like Justin Bieber and the Jonas Brothers, much to the annoyance of Hans Fritzsche, who attempted to smuggle some of her albums.

Despite this, Kate's role in the parodies is largely offscreen, usually only being mentioned. Exceptions to this include the U-Boat Parody Captain Willenbrock Attends a Kate Bush Concert where Heinrich Lehmann-Willenbrock attends one of her concerts (although the two never interact), and United Nazi War: Battle For Kate Bush Part 4 (2-2) where she confronts Hermann Otto Fegelein. She also made a cameo in The Twelve Days of Christmas with Hitler and Friends, where she tries to perform for Hitler, but due to an antic gets redirected to Moscow and personally performs for Joseph Stalin instead, while Hitler has to listen to Justin Bieber.

Kate has a counterpart in the Mirror Parody Universe known as Hsub Etak. Unlike Kate, Hsub is incredibly annoying, singing with a ridiculously high and off-key voice, though many of her songs use the same lyrics as Kate's. Etak made a brief cameo in Captain Willenbrock Performs the Ultimate Antic, in which the eponymous antic brings her into the Parody Universe.

Cross-Overs with other Movies

HitchcockJohn enjoys making strange cross-overs between Downfall and other films, often trying to find unusual choices, such as Apocalypse Now and No Country for Old Men. This can range from very short videos in which a Downfall character meets someone from another film, such as Otto Günsche finding Colonel Kurtz in Adolf Hitler's office office or Anton Chigurh phoning Hitler, to much longer and more bizarre stories, such as Hitler trying to catch Llewellyn Moss.

Hitchcock has occasionally experimented with various concepts in his videos, such as creating an inverted Downfall Parody in Hitler Creates a Winston Churchill Parody, which was his only parody not to be well-received by its viewers.

He has also attempted to utilize clips from other war films in his story-based parody "Revenge of the Justin Bieber Fans", in which the second and third segments focused entirely on British and American soldiers using clips from Zulu and Saving Private Ryan respectively, while Hitler was completely absent. He even took an unusually dark turn in the third segment, which showed a serious battle in which hundreds of fans of Kate Bush are shown being killed horribly. The fourth and final segment returned to the bunker and started off humorous, with Hitler ranting about his army's incompetence (which somehow leads to him getting angry upon finding out that Joseph Goebbels has been cheating at Scrabble), but took a surprisingly dark and serious turn near the end, when Fegelein actually gets executed by a traitorus Peter Högl and dies, complete with a funeral scene. This series, especially the structure of the second and third episodes (edited battle scenes put to footage) and certain elements (including the involvement of the United Alliance of Bush's fans) would later inspire Meojar's controversial parody series United Nazi War.

He also created a video centered entirely around the cast of the Downfall Parodies reciting famous quotes from movies, which was well recieved and he has considered making a sequel.

Unlike some Untergangers who hold the belief that swearing is a necessary sin in parodies, HitchcockJohn does not use any swearing in his parodies, instead opting to find alternative (sometimes more humorous) lines.

HitchcockJohn initially started his work as an Unterganger by making parodies of the 1981 film Das Boot. Initially these were short videos posted as responses to parodies by Hitler Rants Parodies. Typically they just consisted of crewmen aboard the submarine commenting on the subject matter of a recent video, such as the Royal Wedding, Rebecca Black's song "Friday", the hacking of PlayStation Network, and even just the popularity of Downfall Parodies.Naturally, the fact that they were responses to an already-popular Unterganger allowed them to get noticed by numerous other people, many of whom praised them.

After beginning to establish himself as an Unterganger, HitchcockJohn realized he would have to find ways to improve the U-Boat Parodies. Looking at Benad361's success with the Stalin Parodies, he was inspired to try and find "answers" to the Downfall Parody cast, eventually leading to the introductions of Lt. Werner (Fegelein), Philipp Thomsen (Himmler), and Fritz Grade (currently the only answer to Albert Speer amongst the spin-off parodies.).

Technically, HitchcockJohn was not the first person to create parodies of Das Boot. Numerous videos existed that took scenes and edited them or added fake subtitles to put them into a humorous context. However, he was the first person to make a parody series based on the film, as well as the first to use it as an expansion to the already popular Downfall parody meme.

In addition to the main cast of Downfall, HitchcockJohn has a number of recurring characters: 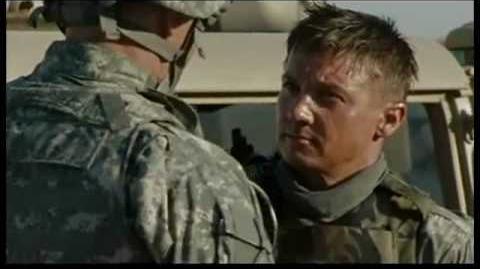 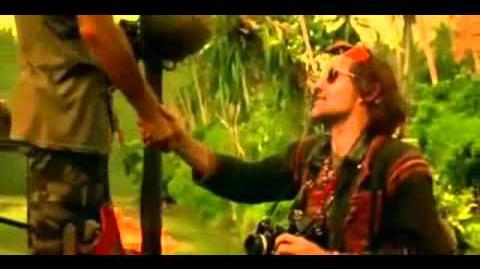 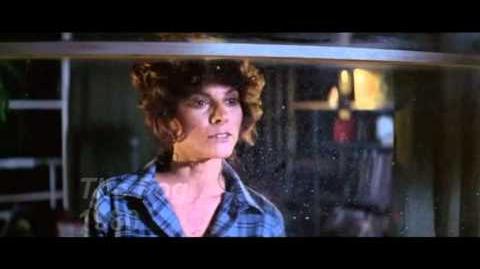 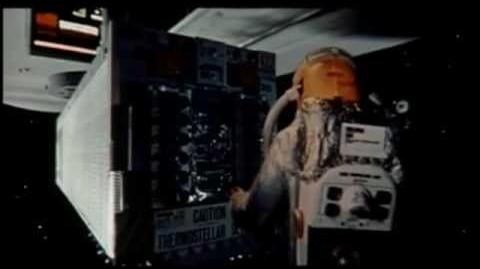 Retrieved from "https://hitlerparody.fandom.com/wiki/HitchcockJohn?oldid=57379"
Community content is available under CC-BY-SA unless otherwise noted.