“It was past!”
―Twilight
“SUB BEGGAR!”
―The Jononator
“Toilet.”
―Shadow Briton Parodies
“くそトイレット”
―IrsenTanaka (soniccis96's official)
“I have lost respect to Toilet. Can't believe he insulted me before I came back. What a pig, to be honest.”
―Equiduo

Formula X (formerly known as Mastered Ultra Instinct Twils, TwilightTails Parodies, Ignited Twilight Sparkle and Tailasy,and often called by his nickname Toilet) was a Taiwanese Fifth-generation Unterganger who started making parodies on November 20, 2017. He is a banned member of the Hitler Rants Parodies Community Discord and the Unterganger Chat Central, otherwise, he's a former regular prison member of UnterCast before he was yet again, banned. He is currently the most infamous controversial unterganger of all time. On April 7th, 2019, his YouTube channel was terminated for multiple copyright strikes. His behaviour has led to an entire genre of parodies being created called "Toilet Parodies" or "Toiletganging".

Prior to a video he published, Mastered Ultra Instinct Twils published videos of him playing GTA games on mobile. During the month he became a Unterganger, he joined the HRPC in which he caused controversies, and banned later on. He also joined Untercast, and is one of the earliest members of Unterganger Chat Central, but also due to controversy, although it's been said that he's banned for "being a clopper," leaving him disowned by the community, save for one chat dedicated to trolling him, which eventually also got banned from the said chat, leading to the server's deletion.

​​​To this day, he continues to cause issues not only within the Unterganger community, but with the MLP and Splatoon communities. This has resulted in him being banned from serveral social media platforms, however, he quickly returns.

During his time in the HRPC, he begged for subscribers, agitating people endlessly and getting offended, asides from these, he was also known for attempting to pressure the chat's members to join his chat.

Due to this, he was permanently banned from the chat on the 12th of Feburary 2018. After this incident, he was trolled by many members of HRP's chat and was even decieved to deleting his chat, much to his anger.

In early March, he commented on one of Chairman Mao's parodies wishing Jeejeesh (HRP's girlfriend) a happy birthday on which he called Jee "a fat Polish kurwa", his friends and even fellow brony Beom Jun Koo called him into question as a result of this. Later in the month, he called Jee a "big fat bitch", causing him to be even more disliked in the community.

On March 12, 2018, Ninetales had grown immensely tired of Twilight and called for him to be banned from Unterganger Chat Central. The rest of the mods held a vote for his banning and due to him calling Jee a big fat bitch, unanimously voted for a ban. They then held a fake UnterCast episode, tricked Twilight into joining and then banned him from the chat and trolled him, which disheartened him.

On the 14th of March, his actions on Unterganger Chat Central caused F-A Alexander to leave the chat indefintely, obliterating ITS' reputation. He posted an apology but many thought that it was petty and too little, too late. Because of this, Delphox decided to imprison Twilight in UnterCast permanently. Afterwards, Ninetales threatened to leave Unterganger Chat Central, causing talking about Twilight to be banned although there are still emoji's of him there.

On the 13th of April, he was blocked by his idol, Tridashie and his friend, Dutch Brony after harrasing them in DM's on Twitter (including publicly telling Dutch Brony to "GO FUCK YOURSELF"). This caused Tridashie to post "You can't force friendship, let everything be natural and mutual. Accept the fact that some people dislike you. You can't be friend with everyone." and was swiftly followed by Dutch Brony saying that you can't force friendships. Twilight then tried to defend himself but it backfired when someone defended Dutch Brony and Jono posted a link to this page on the 15th.

He was then mocked on Shadow Briton's and his own server for this. Clorox then found out that he was using follow bots after Twilight admitted this publicly. Twilight then deleted the tweet. The next day, he tried to blame Jono for being blocked and threatened to kill him. Jono then went and told Dutch Brony about it, causing him to say "He is an Immature Little brat, He cant take no for an answer and is going to anything he can to blame others of his own issues." and Jono said that he should leave the community. This caused BD to ban him, severing any and all ties with the community.

On the 17th of April, the day after he tried to blame Jono for being blocked and banned everywhere (despite the fact this happened before he posted the link to this page), he was permanently banned on this wiki for causing drama and on and his sockpuppet accounts are being persecuted, leaving him with no links to the community. This also caused him to be banned by the Fandom admins on the same day.

Continued to this day, he is mocked constantly by the other members of the community, with his obnoxious behaviour, "being a clopper," and due to the community being aware that he's been committing criminal acts on the internet. It has gone as far as people making jokes, pictures and several  videos about him.

On the 15th of April 2018, his 2nd discord account was banned, followed swiftly by his main from UnterCast. It is unknown if he will be allowed to return. It was revealed by owner Delphox the next day that he would never return, effectively disowning him from the community until months later. However, he has left his mark on the community, even if it was in a controversial way.

In the summer of 2018, tweets showing evidence of Twils messaging young girls on Discord were published by one of the victim's older Cousin. She reported Twils to the police and the tweets came to the community's attention. Despite the backlash and obvious law breaking, Twils acted like he'd done nothing wrong and kept making excuses to try and defend his abhorrent behaviour, such excuses include "it's a joke," "it was (the) past," and otherwise claiming that his hypothetical brother used his tablet without logging out. Many in the community kept calling him out until he admitted guilt, however he still to this day continues to claim it was only once or that he's changed.

Failing to believe his claims, some Untergangers set up alt accounts and Twils sent them inapropriate messages and asked for personal information, proving them right. However, some people believe that he is much younger than the 17 he stated he is, with one person saying "He looks 12".

He still continues his behaviour, which has gained him the attention of the Splatoon community, resulting in him admitting he was a paedophile to them on Twitter. In his admission, he claimed to have handed himself into the police in December 2018 and served jail time for it and that he didn't know what a paedophile was. Both these claims are incorrect as he was fully active on Discord and Twitter in December 2018.

Watch a video showcasing some of his behaviour here

In mid January of 2019, Twils was found to be working with TailzParodies of The Triggered Trio notoriety by Jono. Twils is even partnered on Tailz' server.

On December 2018, Twils published a video announcing his retirement from parody-making, citing lack of motivation, and his view that the phenomenon is dying, since then, he's been returning to publishing GTA gameplays, but some nullified his arguements in the video in question, partly due to the fact he's still likes videos, wether Downfall parodies, or not, from users of the Unterganging community, something percieved as "stalking," nonetheless, some celebrated his departure from parody-making.

Sometime in March of 2019, Twils stole two of CloroxEnergyDrink's videos and reuploaded them on his channel, despite not having any permission from Clorox himself. Before Clorox's channel termination, he managed to copystrike one of the stolen videos. Clorox's channel got terminated shortly afterwards from an unsuccessful copystrike attempt on another video. Because of that, there was no way for him to copyright strike the other video which Twils had stolen (not to mention the fact that Clorox likely did not care about what Twils did anyone due to the former's departure from the community a month ago). However, Delphox managed to trick Twils into deleting the stolen video, promising he would remove one of his joke videos on him (which he never did).

On April 3rd, 2019, Twils stole and reuploaded another one of Clorox's videos that was a collaboration between him, Delphox and The Jononator. When Delphox tried to get him to delete the video this time, he refused and blocked/banned him on his Discord server. This left Delphox with no choice but to copyright strike him, as the version of the collaboration Twils stole was from Delphox's second channel. When Twils found out about this, he lashed out on Delphox, who in turn made another joke video mocking Twils for his idiotic behavior.

On April 7th, 2019, Twils stole a video from Equiduo, saying that he got permission to reupload it. However, later that day, Equiduo copyright striked the video, giving him his third and final strike within 3 months. This caused YouTube to terminate his channel and all the videos associated with it (much to the relief of the Downfall Community, who celebrated his termination and mocked his stupid actions for getting himself terminated). It is currently unknown whether or not he will continue making videos.

Since 2018, he has been banned from Twitter several times due to his awful and childish behaviour on the site towards people who block him and members of the communities he's in. His most recent ban was in May 2019.

On the 1st of April 2018, he changed his name from Ignited Twilight Sparkle to TwilightTails Parodies. This was as an April Fools and he had intended to change it back but unfortunately, YouTube said he couldn't change his name for 90 days so he is stuck with his current name until that time elapses. Sometime in early April, Twils was a victim of "account hijacking," prompting him to delete his first channel, which was already badly-affected. However, a few days later, he forgot the password for his new account, so he had to make yet another one called Sonic Exetior Downfall Parodies.

His parodies are usually traditional parodies, however, earlier parodies were ridden with mistakes, if not including:

However, as time passes, he's been improving at parody-making, but his content is still regarded as low-quality. 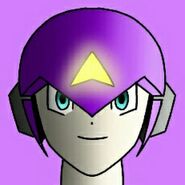 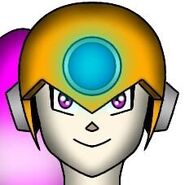 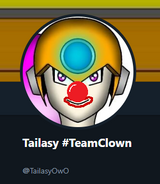 Toilet is a clown 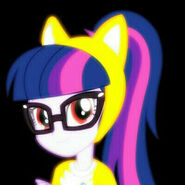 Twilight getting trolled on the HRP chat.

One of Nyan Spadeson's edits making fun of one of Twilight's messages. 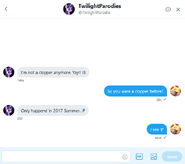 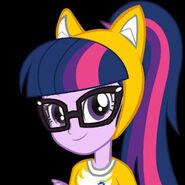 Twilight's comment of him being rude to Jee on her birthday

Twilight confirming himself as a clopper.

Twilight wishing to kill members of the HRP chat. 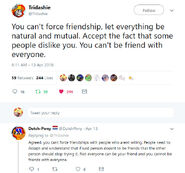 One of Twilight's favourite Youtubers, Tridashie, delivering a statement after blocking Twilight. 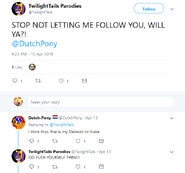 Twilight insults a fellow brony since he blocked him.

Twilight asking why he was blocked 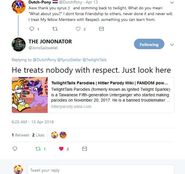 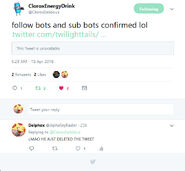 Twilight being exposed for using bots. He deleted the tweet soon after.

Twilight was reported on Discord for harassing others.

uhh...
Add a photo to this gallery

Retrieved from "https://hitlerparody.fandom.com/wiki/KusoToilet?oldid=83232"
Community content is available under CC-BY-SA unless otherwise noted.