Unterganger of the Month
June 2016

FegelAntics was an American Unterganger who began making parodies in June 2015 (January 2016 on current channel). As of August 2016, he has over 106K total views and over 850 subscribers. He was the most successful 4th generation unterganger before he retired and deleted his channel.

In 2012, FegelAntics (Connor J. Paxton) had a YouTube channel under the title of "TheEpicMaster90," in which he uploaded gameplay and commentary recorded on an old camcorder he owned. He simply stuck the camcorder on his bedframe and recorded his TV. The quality was overall poor, and he only gained a mere ammount of subscribers.

In June of 2014, he established another channel called "TheEpicMaster91," where he pretty much did the same thing, except with a higher quality camcorder. He continued to do this for around three months or so, until begun to see it as pointless and gave up.

About a year or so later, Connor discovered the Unterganging Community, where he watched people's parodies and, admittedly, had a lot of fun watching them. Eventually, after recovering from a recent depression he had, he established, yet again, another YouTube channel under the title of "xCorruptedLucKx," and began to make his own parodies. His parodies were mediocre, as his only editor at the time was Windows Movie Maker. Eventually, he got his hands on Sony Vegas Professional 11.0, a professional editing software, and began to make more, higher quality, parodies. He then, having the knowledge of a good Unterganger, made another new channel on January 18th, 2016. He called it "FegelAntics" for no reason whatsoever and began to make videos. For once, people liked his work and even congratulated him for it. He felt welcomed and loved by the entire community.

FegelAntics only had seven subscribers until he discovered the Unterganger forums. There, he posted his higher quality parodies, thus recieving more attention. The movement made him even more determined to make better videos, and he did. Two of them, Hitler's Pokemon Battle and Hitler Becomes an English Teacher received awards in the Unterganger Awards for "Most Humorous Parody" and "Best Parody by a Newcomer." After the Unterganger Awards of February 2016, FegelAntics received over 50 subs in one week.

He is a former judge of the Unterganger Awards and other contests made by Parker87, and a former mod on The Downfall Parodies Society Chat Room. He used to used to host UnterCast but due to an incident mentioned further below, he never hosted an episode.

"#SaveTheCommunity" was a hashtag started by FegelAntics through his video, "Community Over-Sensitivity" (which has since then been removed from his channel) in which he discussed an issue he sincerely felt was destroying the community. The issue was the idea that members of the community in hubs, such as Chatango servers, were being harsh towards simple jokes made by certain users, going to the point of even adding certain rules and regulations against said actions. FegelAntics pushed very much that he needed help from others in the community, otherwise this "revolution" could not be done. Nonetheless, the campaign was considered a flop. Though many felt the same way as FegelAntics, not many felt compelled to join in out of fear. The campaign, lasting only one day, was considered an act of activism.

After a Skype conversation with both the Downfall Parodies Society Chat administrators, JennieParker87 and Deprecated1, he changed his views and ended the campaign, once again opening his channel and being restored to the community. Many felt angered towards his comeback, saying he was doing it out of indoctrination.

After Nerdington suggested the idea for UnterCast and it became a reality, it was decided that FegelAntics would become host. Due to his feud with his former friend Delphox, he refused to let him onto the podcast. He announced the podcast on the 29th of July 2016 and intended to have the first podcast uploaded to his channel on the 14th of August. In August, QuestionTuesdayFTW said "Podcast time" on The Downfall Parodies Society's Discord sever. Delphox saw this and immidiately questioned QT about this but QT talked his way out of it.

Despite the attempts of QT, Delphox managed to find out about UnterCast. The situation was made worse when F-A Alexander told Delphox the whole concept of UnterCast. Realising how much of a mistake this was, F-A took a short break from the community, causing major drama in the community. Shortly after this, It was found that FegelAntics was spreading hate towards Delphox before the UnterCast incident. This was the final straw and JennieParker87 banned him from DPS and a new UnterCast Discord was created which many members migrated to. This caused FegelAntics to delete his UnterCast server, leaving it hostless.

QT then tried to revive UnterCast with intentions of him becoming the new host. But due to his stance on letting FegelAntics back into the community and UnterCast, caused major backlash against him. Both FegelAntics and QuestionTuesday disengaged from the community, with the former retiring and later deleting his channel. The community decided that UnterCast should not continue and it was shut down.

Fortunately, it was revived later that same month by Mitchell Hang, Paul Stompbox and Shadow Briton. Ironically, it is now hosted by Delphox and is still going strong.

FegelAntics likes to make Downfall Parodies that are typically meant to either convey a message, or to represent a spoof of certain pop culture treasures. He has done some parodies under the influence of gaming, as well. 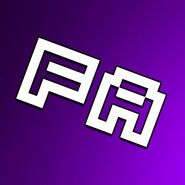 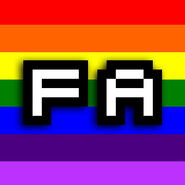 FegelAntics' Independence Day Avatar
Add a photo to this gallery

xCorruptedLucKx's 5th Avatar
Add a photo to this gallery

Retrieved from "https://hitlerparody.fandom.com/wiki/FegelAntics?oldid=77882"
Community content is available under CC-BY-SA unless otherwise noted.