Krebs getting bumraped by Salad Fingers.

Your attempt to touch Traudl's titty is a failure; by WonkyTonkBotty

Uh-oh...not even Fegelein can survive a wrath like this...

For the rest of WonkyTonkBotty's fan art, click "Expand."

...he is anything but impressed.

The worst moment of Hitler's life...when being wedgied AND sodomized with barbed wired dynamite by Fegelein himself.

Hogl aboard the Hindenburg, about to suffer an ill-fated deja vu. 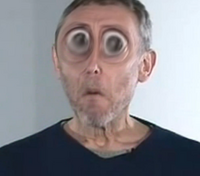 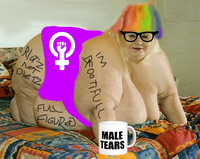 Goering's wife becomes a feminist!
Add a photo to this gallery
Retrieved from "https://hitlerparody.fandom.com/wiki/Fan_Art_Gallery/W?oldid=81163"
Community content is available under CC-BY-SA unless otherwise noted.