Unterganger of the Month
Sept '17

He first found out about Downfall parodies in 2013 when he discovered Hitler Rants Parodies’ channel. Although he would eventually establish his YouTube account in November 2013, he did not upload his first Downfall parody until 31 December 2014.

In July 2015, he won his first Unterganger Awards for Best FX Parody with his parody, Hitler and Fegelein's gun kata duel. The parody also won the Parody of the Month award of that month, and has since become one of his most notable parodies.

From January 2016 to mid 2017, he uploaded most of his parodies every Saturday or Sunday. For every month, he would upload at least 2 and at most 3-4 parodies. In June 2016, he began translating his parodies into Indonesian and uploading them on another channel. However, that same month, he announced that he would be temporarily dormant until he would be able to get a new, stronger laptop.

The dormancy lasted only for a few weeks. On his birthday (June 15), he was able to get the new laptop in question, and spent a few more days transferring his files to that laptop. By June 23, the laptop was ready for use and he announced his return.

On December 2016, he began his first Q&A session. Not only that, he also announced his Discord chatroom.

In January 2017, Alexander announced a channel restructuring in this video.

In February 2017, Alexander revealed in a parody that all of his data was lost due to a hard drive malfunction, though this does not deter him from making parodies. That same month, Alexander announced in another parody that he would be dormant for 1-2 months; he eventually returned on March 14.

Shortly afterwards, Alexander transferred his ownership of the aforementioned Discord chatroom to a moderator when another user (posing as Fegelein) raided the chatroom by banning all of the users and spamming pornographic images. The chat has since been renamed as the "Imperium of Untergangers", as a reference to the Imperium of Man from the Warhammer 40,000 franchise. This incident would eventually be referenced in a parody by Hitler Rants Parodies himself.

In May 8, 2017 (VE Day), Alexander created a Facebook page for his YouTube channel. An announcement video was made the next day. However, the page was silently deleted along with the video a few days later due to a lack of interest.

In June 15, 2017, his 21st birthday, he renamed his username as F-A Alexander. At the same time, he also joined the Drachenlord Rants Parodies collaboration channel by Superdumpfback and JJ All-star.

In January 14, 2018, he left all Downfall-related chatrooms and announced his disengagement from the community, citing his beliefs that the community has "died"; this was caused by an incident where HRP left the community after a member of JennieParker87's chatroom attempted to hack him. He retaliated by banning users who were members of both HRP and Parker's chatrooms. This led to the creation of the sixth-generation Untergangers.

He uses Sony Vegas to make his parodies. He mainly creates modified traditional and video game parodies at the moment. He has used MikuMikuDance for one of his parodies in the past.

Most of his non-gaming parodies have a blue tint, which is influenced by the 2002 Steven Spielberg film, Minority Report.

He served as the creator of the first four episodes of the third season of Hitler Sends Göring to Africa; he intended to only make the first two episodes, however, when the Untergangers who were supposed to create the third episodes, Thunderbirds360TV and Gilblitz112, were unable to finish the episode, Alexander decides to do the entire season himself until he was convinced by Superdumpfback to revert it back to its original collaborative effort format.

User MrLuigi98 asked Alexander in the comments section of Hitler Sends Göring to Africa's third season second episode, asking him if he will continue the series. Alexander, who stated that he would only do the first two episodes, revealed, among others (see above), that he also has plans for a Downfall/Kamen Rider parody where Himmler and Fegelein become Kamen Riders. The series has yet to be named, though MrLuigi98 referred to the upcoming series as "Kamen Antics".[1]

The Downfall of Godzilla

In 2015, he was working on a feature-length and crossover parody with the Godzilla franchise, called The Downfall of Godzilla. The first episode was released in October 19, 2015 on Dailymotion after it was blocked worldwide on YouTube by Toho Company. The parody ended up getting deleted, along with promotional material, because he felt that it was "too depressing". He has since announced in the Facebook HRP group that he is reworking the series into something "more cheerful and free from Toho’s banhammer".

In November 10, 2017, Alexander uploaded a trailer for another one of his upcoming parody series, Fegelein's Phantom. The parody involves not only Downfall, but also other films such as Rommel, Die letze Schlacht, Valkyrie, and A Bridge Too Far. Alexander has stated that the parody will be darker and more serious (but not without comedy) in comparison to other parodies, not to mention describing the series as being akin to post-9/11 political thriller stories. The series is set to be released on 2018.

Alexander has cited other Downfall parody series, such as The Assassination of Hitler and Resolution Revolution, along with other media such as the Jackie Chan/Pierce Brosnan film The Foreigner, Bosnian War films, and Metal Gear Solid V: The Phantom Pain, as inspirations for the series.

The trailer won the Parody of the Month Award of November 2017, as well as the Best Series and Best Story-Based Awards.

He also has a tendency to cancel similar projects.

Downfall in Stalingrad was set to be Alexander's first parody series; as the title suggests, it would've been an actor parody series using both the 1993 and 2013 films about the Battle of Stalingrad that starred Thomas Kretschmann. The series got scrapped when Alexander lost the data to the parodies after his desktop PC malfunctioned in 2015.

The series would've also used other films, such as Enemy at the Gates, Cross of Iron and A Bridge Too Far.

Göring's Revenge was Alexander's next attempt to make a parody series as an "evolution" of Downfall in Stalingrad as it also used the same films as that series. As the title suggests, it would've involved Hermann Göring rebelling against Hitler, and the Inglourious Basterds Hitler's intervention in the conflict by attempting to kill them both. Alexander came up with the scenario for the series many months before Dumb Fish Parodies released the first episode of Hitler Sends Göring to Africa.

A trailer was released on YouTube in March 2015, but it has since been made private.

The Downfall of Godzilla (original version)

As explained above, the first episode of The Downfall of Godzilla was released in October 19, 2015, when it got a worldwide block on YouTube and deleted from Dailymotion. The original version has a completely different story from the newer and upcoming version.

62 years after the events of the original Godzilla film, war is raging between Germany and the Soviet Union, with the Germans on the losing side. On May 14, 2016, Soviet forces attacked Seelow Heights, overrunning the German defenses there and paving the way into Berlin. Weidling and Mohnke notified Hitler about the attack, with the former advising Hitler to evacuate the bunker, but both Hitler and Goebbels declares that no one will leave the bunker.

Meanwhile, the crew of a Japanese trawler witnesses the sudden eruption of Kamiko Island, which splits itself into countless icebergs. The next morning, in the Reich Chancellery, Fegelein informs Himmler regarding the eruption and Himmler gives him command of the 22nd Kriegsmarine task force.

The Americans decided to investigate the disappearance of the Japanese trawler by sending in the USS Seahawk, a nuclear submarine. The Seahawk comes across and crashes on one of the icebergs. Despite the commander’s best efforts to save the ship and her crew, the submarine continues to sustain damage until it catches fire, when the crew hears a roar that has never been heard for 62 years.

He also used to work on a three-part crossover parody with Star Wars, called Star Antics. The first part/episode of the parody was to be released on either May 4 (Star Wars Day) or May 25, 2016 (in honor of the 39th anniversary of A New Hope’s release date) - due to problems and difficulties regarding the storyline, he announced in the same Facebook group as above that the series got scrapped in favor of Hitler Invades Fegeldathu, which in turn would also get scrapped.

Hitler Invades Fegeldathu was a crossover and multi-part parody with the Starship Troopers franchise, particularly the live-action movie adaptations. The first episode of the series has been released on August 27, 2016, though it got blocked in North American countries (alternate link here).

The second episode is released on early December of that year; like the first episode, it has been blocked in North American countries (alternate link here). The episode would place 12th in The Hitler Rants Parodies Contest of 2016.

In May 17, 2017, Alexander announced in some parody chatrooms that the series has been canceled due to a lack of motivation and ideas. The cancellation was publicly announced the next day, with a teaser for The Downfall of Godzilla.

Alexander has used different intros and outros throughout his career: 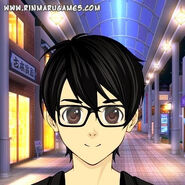 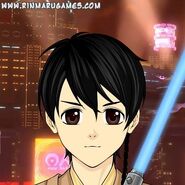 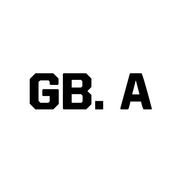 Third profile picture
Add a photo to this gallery

Retrieved from "https://hitlerparody.fandom.com/wiki/F-A_Alexander?oldid=82041"
Community content is available under CC-BY-SA unless otherwise noted.