ef3erfrq3rerf (Current channel name Ravyin paul) was a Singaporean Unterganger. He established his YouTube account in 2010, but only saw his first parody, "Hitler finds out about Dobby's Death" in August of that year.

After seeing the parody, he became interested in the idea and soon became hooked with the parodies. He is a big fan of horror movies, mainly the Slasher, Vampire and Zombie films. He planned to make a parody with these topics in the future, and he also planned to make a few Pros and Cons videos about them.

ef3erfrq3rerf's first parody was "Hitler finds out about the Halloween remake." The parody, only requiring him to enter the subtitles was not that popular. Two months later, he made his next parody, "Pros and Cons with Hitler (ramboraph4life)." The parody was viewed more positively than the previous parodies, shown by its fast viewing rate. He then created the Hitler gets rid of Jodl series and the recent Hitler compares. He currently has 23 subscribers and 12 videos. He uses an outro for his parodies.

His last upload was two years ago, and he deleted all of his parodies at an unspecified time. He can therefore be considered retired. 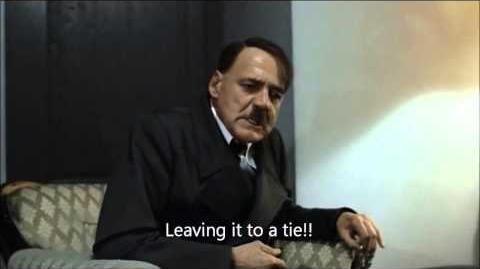 Hitler compares(Dawn of the Dead) 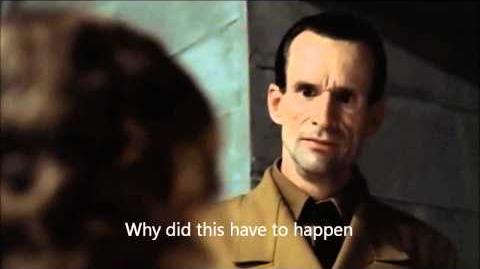 This article is a stub, seriously. Go and press the "Edit" button so you can help expanding it. If you don't do it you will become a victim of a Fegel-antic!
Retrieved from "https://hitlerparody.fandom.com/wiki/Ef3erfrq3rerf?oldid=72047"
Community content is available under CC-BY-SA unless otherwise noted.