The Downfall Parody Awards was an award ceremony by notoriousrob01 held on a yearly basis to award the best of parodies produced over a 12 month period. The first event was held in 2012 and covered the parodies of 2011. Though the amount of categories overwhelmed the nominators, a handful of nominations did get through, and the results were uploaded on the 7th of January 2012. The award series has ceased to be recognized by the majority of the Untergangering community, as of June–September 2012.

In January 2012, notoriousrob01 changed the award to a monthly format to give equal opportunity to parodies across the year to be nominated, rather than letting parodies produced early in the year be forgotten, as the case in the annual format. This move, however, had a critical flaw of not having any outlet for nominations, as with the previous annual DPA. This essentially made notoriousrob01 the sole judge, jury and executioner.

The DPA took strong criticism in the months following, as the closed system became increasingly biased, with notoriousrob01 playing favouritism towards PiretBCN, by making her win a disproportionate amount of awards for her relatively sub-par parodies, in comparison with the much more deserving parodies made by other untergangers. See this section for more details.

On 12 October 2012, the defunct Unterganger Awards (UA) were announced to address the issues with the DPA, and reform them to create a much fairer, democratic system. The UA was democratic, with monthly nominations that sorely were missing from the monthly DPA. The Unterganger Awards shut down in January of 2018, and the site on February 10th, 2018.

This Wiki has thus discontinued official recognition of the DPA since June 2012, switching instead to the then new defunct Unterganger Awards. The DPA are now seen unfavourably by a majority of the community.

During the annual awards, anyone could nominate a maximum of two parodies for each category.

There was never any nomination process for the monthly format.

February was a particularly difficult month for Untergangers, due to a brief round of video blockings and takedowns by Constantin Film and a number of plagiarized videos that make its way online. This month's awards introduces a few new award titles, partly because it's February. It's also the month with the most recipients sharing an award so far.

March has been a good and a bad month for the Untergangers. Though reduced, the banning of videos continues. False claim cases begin to show up in increasing numbers. The month also saw newcomers, retirements, reemergence of Untergangers of yore and a ban to our PiretBCN. And yeah, she is the Unterganger of The Month for yet another month.

Results were delayed... There have been cases where parodies in final nomination phase disappeared from YouTube.

This month is also significant for the April Fools Day and the month where the majority of events in Downfall took place. Therefore a few special awards were given for the occasion.

May saw Untergangers leaving the field for good, as well as those who come from retirement. The UotM sockpuppetry scandal was also mentioned by notoriousrob01.

PiretBCN started to win the UotM title again... Let's see for how many successive months she will keep the title!

June's results came out late... partly because FegalTube who was to receive two awards committed suicide, forcing notoriousrob01 to amend the announcement video. June's also the month of the passing of Eduard Khil, thus a few awards were handed out in tribute of him.

During the latter half of 2012, the Downfall Parody Awards had came under fire from many Untergangers for a variety of reasons. Criticism has ranged from Notoriousrob01's lack of any democratic voting outlet through which he can give his viewers a chance to have a say (unlike the Unterganger of the Month and Parody of the Month awards), to his perceived susceptibility to favouritism in giving out awards. This can particularly be seen by the fact that many untergangers have become increasingly disillusioned by the fact that notoriousrob constantly awards the Unterganger of the Month category to PiretBCN for months at a time, without her seemingly earning it on any sort of merit .

Untergangers have also complained about the fact that the Downfall Parody Awards have become increasingly behind schedule as well as responding to all of his messages excluding the ones related to the said DPA. For example, the Downfall Parody awards for July and August were not released until September, despite Notoriousrob's constant activity on his channel.

This has led Benad361 and Master Studios to seriously consider taking action to salvage the awards (see below).

The future of the award system was initially uncertain, due to the halt in the production of the announcement videos and the inactivity of notoriousrob01 in maintaining the system (via award video uploads and so on). Untergangers Benad361, Trapped Antics and others had repeatedly tried to contact notoriousrob about the awards, but had no replies. This had notably been the norm since serious complaints arose about his conduct in the management of the awards.

Around September 3, 2012, Benad361 and Master Studios discussed on a proposed takeover of the award system with other Untergangers and amongst themselves in messages. Benad361 proposed this motion to notoriousrob, who failed to reply to any of the messages despite much activity on his channel. This temporarily left the two uncertain as to how to proceed. Benad361 made another proposal of a takeover on 12 September 2012 to notoriousrob and waited for a reply. In the proposal, they planned to reform the award system and make it much less undemocratic (giving viewers a chance to vote), much less prone to favouritism (judges will not be allowed to hand-pick winners), and much more efficiently maintained. An official announcement was also planned. However, notoriousrob suddenly returned a few hours beforehand and announced the results of July's Downfall Parody Awards, justifying his lack of replies by claiming that he was on holiday and could not make the announcement videos.

After a second thread on the forum gained the attention of many, the predicted announcement finally took place on 12 October 2012, dubbed the October Revolution. It happened after notoriousrob announced September's DPA results, and gave as many as ten separate awards to controversial Unterganger PiretBCN. Prior to the announcement, the Unterganging community had expressed widespread outrage at Rob's conduct as a result of the September nominations, and some requested that the two (Benad361 and Master Studios) take action. Benad361 in particular said this was the "final straw", and that he had been willing to give rob another chance prior to this drastic increase in favouritism. TheSilverUniverse also joined the scene, and the three became a trio.

They formed a new award show, named the Unterganger Awards. They have announced that it will not supplant the DPA, but would rather run alongside it. Notoriousrob01 continued to run the DPA, but without its former glory and recognition by the majority of the Unterganging community. The DPA has not seen any activity since the DPA awards of 2012, uploaded February 2013, so it is assumed that the DPA has been concluded. Unfortunately, the Unterganger Awards Shut down in January of 2018, and the site February 10th, 2018. 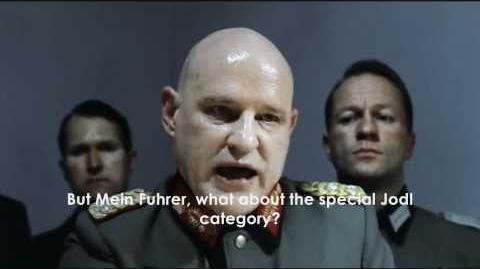 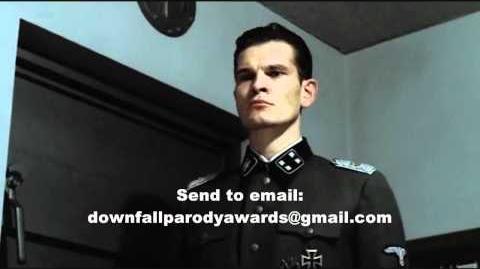 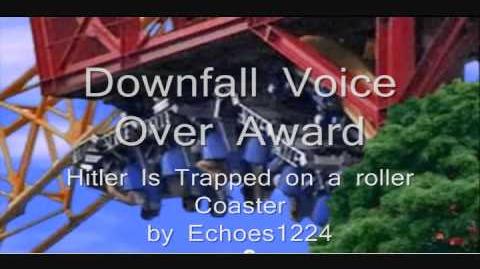 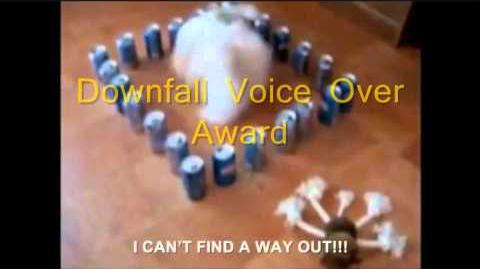 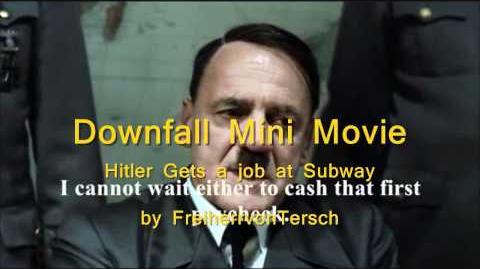 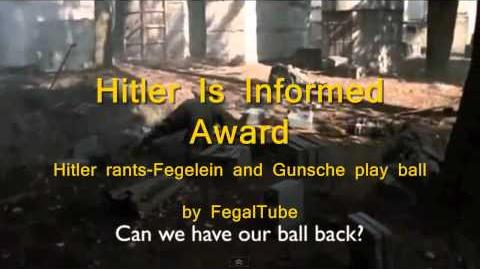 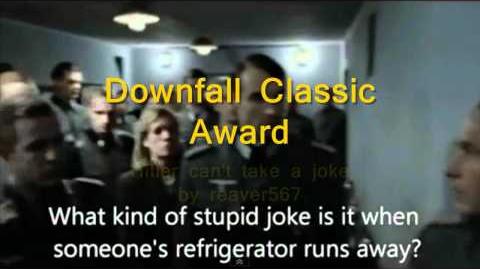 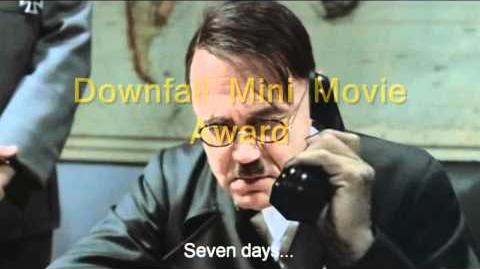 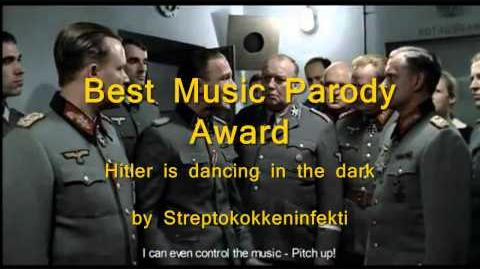 Retrieved from "https://hitlerparody.fandom.com/wiki/Downfall_Parody_Awards?oldid=78556"
Community content is available under CC-BY-SA unless otherwise noted.