Hitler plays Minecraft and Team Fortress 2 series, Hitler Reacts To Viral Videos series, hosting 2 separate DPMV contests, being the host of UnterCast, being the owner of the Downfall Community Awards and the Unterganger Central collab, being an

Not to be confused with Del.
“Just call me Alpha!”
―AlphaSkyRaider, before changing his name to Delphox
“I'll call you Delphy! :P”
―Del. A fellow unterganger, Delphox lover and friend of Delphox.

Delphox (previously known as AlphaSkyRaider and Charizard) is a Chinese Canadian Unterganger. He started making parodies on the 31st of July 2013, which was the last day of the second generation which presumably makes him the last of the second gen, even though he states that he's made them as early back as 2011 on his old account, HRP4Life. He is one of the biggest Untergangers in the Downfall Community; he has over 18 thousand subscribers and 6 million views on YouTube as of May 2020. He has also been a big fan of Pokemon since 2015.

He is the current owner of UnterCast, an admin on the Hitler Parody Wiki, the owner of the Downfall Community Awards and the Unterganger Central collaboration, including Unterganger Chat Central. He is also a former mod on the Hitler Rants Parodies Discord, a former admin on the Hitler Parody Wiki Facebook page, a former mod on the Downfall Parodies Society Chat Room and a former judge of the Unterganger Awards. He has also hosted Charizard's DPMV Contest, Delphox's Fuhrervision DPMV Contest and tends to be a judge for Parker87's contests as he is too lazy to make his own entries. He was inducted into the Unterganger Hall of Fame in June 2016; the induction video was unsurprisingly uploaded on his 18th birthday.

Delphox does not have any particular parody style. Sometimes his parodies consist of gaming videos where Hitler plays a game that makes him rage in the end. Other times he uses FX like headpasting and/or chroma keying for some of his other Hitler videos. He also makes a Hitler Reacts To Viral Videos series, and uses green screening with some "The Fuhrer" parodies. He occasionally adds the Angry German Kid in a few of his parodies as well. However, some of his best made videos are DPMVs as he has made more than most Untergangers have.

On June 27th, 2015, AlphaSkyRaider changed his name to Charizard. This happened after he revealed his secret second account which was named the same thing. He said the reason this secret channel was created was because he wanted to start fresh in the community by uploading Downfall Parodies on a different persona. The second account would be deleted around a week later.

On February 23, 2016, Charizard changed his channel name yet again to Delphox. At first he wasn't sure whether to make it permanent or not, but later he decided the name change would be permanent and he would no longer be known as Charizard. The name change was because Alpha had grown tired of the "Charizard" name and all the nicknames that came along with it.

On May 14th, 2016, after being unhappy with several recent dramas and controversies, as well as school and real life issues, Delphox decided to go into retirement from parody making to focus more on his studies. Although he still went on to chat with the others ever once in a while. On May 25th, 2016, after feeling like a total outsider of the community, he cut all contacts with the community itself, and has retired for a indefinite amount of time.

On August 6, 2016, he returned with a new DPMV, which was a collaboration with Venkyra21, as well as an entry for the Hitler Tunes DPMV Contest. This entry got them first place in the contest, and netted Delphox his first Parody of the Month award. Shortly thereafter, he announced his return to the community.

On May 18th, 2018, after completely losing motivation to make new Downfall Parodies for a few months, as well as getting an unfair copyright strike on Episode 2 of his Hitler Reacts To Viral Videos series the day before, Delphox decided to go into retirement once again. However, he stated that he will only be retiring from parody making and will still be active in the Downfall community, as well as continuing to manage the Unterganger Central collaboration. He unsurprisingly uploaded his 100th parody and a promotion video to Del (which he promised over a year ago), before ending his nearly 5 year long unterganging career.

“After much consideration and months of zero motivation for making new Downfall parodies, as well as an unfair copyright strike on one of my videos recently, I have finally decided to retire from parody making for now. I will still be very active in the Downfall community and I will still manage anything Unterganger Central related, but consider me retired parody wise. I might return to making parodies one day if I do get my motivation back and if I don't get my channel removed for copyright BS, but for at least the next few months, don't expect any new Downfall parody content from me. Thank you for your understanding, and have a nice day.”
―Delphox. Delphox's message to the others on Unterganger Chat Central. 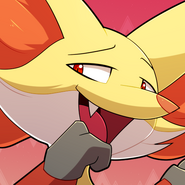 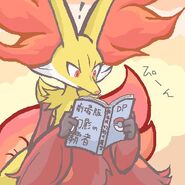 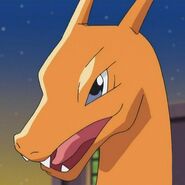 Delphox's icon back when he was named Charizard. 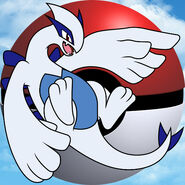 One of Delphox's icons back when he was named AlphaSkyRaider. 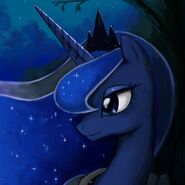 Another old icon back when he was named AlphaSkyRaider.

A picture meme Nerdington made for Delphox as a mock-up to the 2016 Presidential Election. It served as a campaign for his induction into the Hall of Fame.

The thumbnail for his Unterganger Hall Of Fame induction video.

He is currently the owner of Untercast and has created about 10 episodes so far.

Hitler Took A Pill In Ibiza is one of Delphox's best parodies, which got him first place in Jen's DPMV Contest, third place in HRP's Contest in 2016, and his first POTM award for August 2016.

The thumbnail for his latest DPMV contest in 2017.

A Delphox pixelart built by him on the Unterganger Minecraft Server.

A city called Morioh he helped build on the Unterganger Minecraft Server.

The thumbnail for a monthly award show he runs called the Downfall Community Awards.
Add a photo to this gallery
Retrieved from "https://hitlerparody.fandom.com/wiki/Delphox?oldid=85986"
Community content is available under CC-BY-SA unless otherwise noted.