Parody of the Month
February 2013

BigUndertaker is a German unterganger. After uploading two parodies around a year ago, he fell silent, only to make a comeback starting 13 May 2012 with parodies that is largely FX in nature. He is best known for his Hitler goes to Silent Hill series. As of 17 August 2012, his 10 parodies had gathered almost 60,000 views and over 200 subscribers.

His channel has no activity since July 2013, so he is implied to have silently retired. 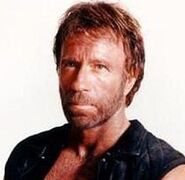 BigUndertaker's second avatar
Add a photo to this gallery

This article is a stub, seriously. Go and press the "Edit" button so you can help expanding it. If you don't do it you will become a victim of a Fegel-antic!
Retrieved from "https://hitlerparody.fandom.com/wiki/BigUndertaker?oldid=63588"
Community content is available under CC-BY-SA unless otherwise noted.