AvidSonicFan, previously known as Avidsonicfan1991, is an American second-generation Unterganger who is also known for making non-Downfall parodies as well as a series of 3D CGI machinima videos starring Sonic the Hedgehog, made using Source Filmmaker. One of these series is named "Sonic Characters Read Sonic Fan Fiction".

As mentioned above, aside from traditional/modified traditional parodies, he also relied on special effects, using either the aforementioned Source Filmmaker or green-screening. 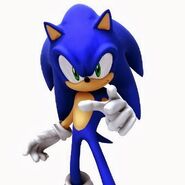 Old avatar
Add a photo to this gallery

This article is a stub, seriously. Go and press the "Edit" button so you can help expanding it. If you don't do it you will become a victim of a Fegel-antic!
Retrieved from "https://hitlerparody.fandom.com/wiki/AvidSonicFan?oldid=85008"
Community content is available under CC-BY-SA unless otherwise noted.