Unterganger of the Month
September 2019

“There's only ONE China, The Nationalist's One.”
―Aobi

Aobi (also known as Eason) is a Hong Kongese Sixth-generation Unterganger. He first started making parodies in late July 2018. He is going to be inactive as he is currently busy for focusing on his studies.

His parodies are inclined to Traditional or modified Traditional. He often uses Sony Vegas Pro for his parodies, In October 2018, he had upgraded his Vegas Pro from 13.0 to 15.0 so that more special effects can be used.

Aobi started his YouTube career in August 2009 under the alias of "lung2000329". At that time, he neither makes Minecraft machinima nor parodies but transportation videos and some s***post. On 2012, he started to make Minecraft machinima, and renamed his channel to "AobiHasMinecraft".

Between 2013 to 2017, he made a new YouTube channel called "EasoNPCVRyan" (now called "Brothercasters") which cooperated with "CodeNameMinecraft" (now called CloroxEnergyDrink) In July 2016, the channel uploaded the first Downfall parody. However, this isn't the beginning of his Unterganging career due to the fact that the Downfall parody was uploaded by CloroxEnergyDrink and makes him not one of the fourth-generation Untergangers. In 2017, both of them decided to upload videos on their own channel. In late 2017, he renamed his YouTube channel to Aobi, and continued his career on his channel since then.

On 2018, he watched Downfall parodies created by CloroxEnergyDrink and found them quite interesting. He decided to create a Downfall parody. He debuted his first parody on 28 July 2018. Since then he continued making Downfall parodies. His second Downfall parody, Hitler waits and rides EAL IKK Train won his very first Downfall Community Awards. His most popular Downfall parody to date is Hitler reacts to AMD Ryzen 3000 series which had accumulated well over 800 views as of June 2019.

On September 2018, he became less active due to school-related issues, saying that he might become again after the HKDSE.

On April 3, 2020, he uploaded a new Hitler parody that without Hitler's voice. In the comments section, he announced his dormancy from parody making due to lack of motivation. Later, he moved some of his parodies to his second channel because ConstatinFilm, the company that produced the Downfall film has started to strike down the Hitler parodies. 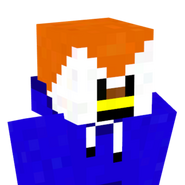 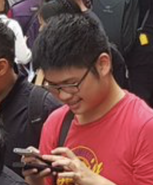 Aobi IRL
Add a photo to this gallery

Retrieved from "https://hitlerparody.fandom.com/wiki/Aobi?oldid=85640"
Community content is available under CC-BY-SA unless otherwise noted.