He did not originally make parodies, instead his first 11 videos were of other games, mostly racing and on mobile. His first parody was Hitler plays Liberation of Azure (The worst game ever),  debuting himself into the fifth generation. Since then, he has continued to upload parodies with popular ones such as Hitler plays and reacts about Requiem.exe and especially Halloween Special 2018: Hitler plays Rainbow.exe.

Some of Allen's parodies have won him awards in the Downfall Community Awards and gained him notoriety. He is currently at 993 subscribers (though soon to reach his 1000 milestone) and 50 parodies as of August 2019.

Allen Yu uses traditional, modified traditional, and video games as his styles for parodies. He alternates between all three depending on the video. He is well known for the Hitler's Who wants to be a Millionaire? series in which he incorporates the styles quite well. 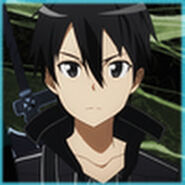 First avatar.
Add a photo to this gallery

Retrieved from "https://hitlerparody.fandom.com/wiki/Allen_Yu?oldid=84549"
Community content is available under CC-BY-SA unless otherwise noted.